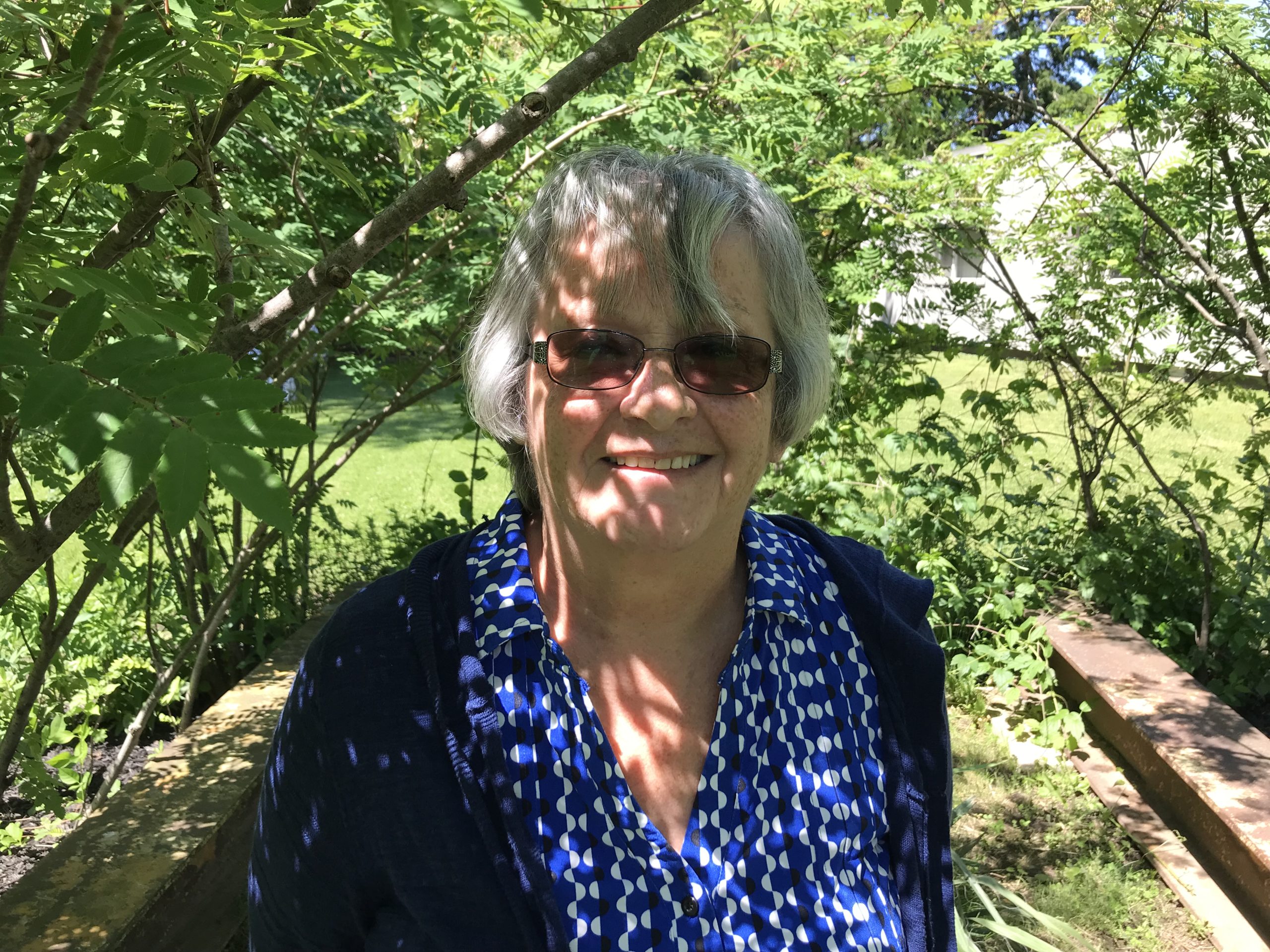 Roberta Hill keeps herself busy by playing an active role in exposing the dark side of Canada’s history, Indian Residential Schools, that has been kept hidden for too long, and makes efforts to help the community and the public heal and move forward together.  She is one of many Mohawk Institute Survivors who frequently work with the Woodland Cultural Centre’s Education Department to deliver conversations with visitors in our continued effort to educate people about the legacy of Residential Schools.  Roberta is on the Save the Evidence Advisory Committee, and sits on the Mohawk Village Memorial Park Board.  What is very apparent in all the work she does is the love and commitment she shows in honouring the memory of the children who attended Residential Schools.

Roberta is Mohawk, Turtle Clan. She attended the Mohawk Institute from February of 1957 to January of 1961. Out of six siblings who came into the school, only she and her sister Dawn were sent to be fostered in Durham County.  Her other siblings were fostered at Six Nations. They were wards of the crown from age 6 to 18. Roberta returned home after she aged out of the system, but returning to Six Nations wasn’t as easy as one would think.

“You think you’re coming back to the life you had.  It doesn’t work that way. The kids are grown up. You don’t recognize them because your last memory you had of them in your mind, they’re still little,” Roberta explains.  “When you see them, they look at you like you’re a stranger, so it was really a hard transition to try to fit in.  It always seems like you’re in limbo somewhere. Where do you belong when you weren’t raised here?”

As children, Roberta and Dawn were moved around and went through three foster homes. “You’re not really tied to anything, there aren’t roots you can put down anywhere, and that’s half the battle with kids.  You need to have a stable, firm foundation for kids to grow up in. You need to plant those roots early,” she says.  Roberta has a lot of sympathy for the treatment of  children, but especially for the ones who came to the Mush Hole (Mohawk Institute) from up north.

“They didn’t speak anything but their own Native language and they brought them into this environment and expected them to learn and adapt to another language.  They don’t know why they’re gonna get punished for speaking their language. It’s just cruel all-around,” says Roberta, who uses her experience as a driving force for her advocacy.  “To me, I didn’t find much help for kids. It’s institutional here, it’s like jail. You gotta learn the rules and follow the rules and you’ll be okay – maybe. If you follow the rules you don’t get into too much trouble.  It’s just not a way to raise children. Once we [Survivors] started talking about Residential School and we’re hearing a lot more people come forward with their stories, you become a witness to their pain. It’s not just about you, it’s about others and how many were hurt by this Residential School system.”

Through her involvement with the Woodland Cultural Centre, Save the Evidence, and the Mohawk Village Memorial Park, Roberta carries hope for the community to find peace moving forward. She reflects on her childhood, and all the times when she found solace playing outside of the girls’ side of the building, where the park will be built.

“That was one of the safest places for me, it was more peaceful and I just loved playing outside, so it has a lot of significance to me,” Roberta recalls. “It was just always safe. Mother Nature never hurt us. The land never hurt us. It was always outdoors where we had our little adventures and we could do what kids do.”

“All I want is for children to be remembered.  I want people to remember what happened in this building, and this building represents all the other ones,” Roberta says.  She expresses that she appreciates that the building still stands today, despite its history. “It’s a good thing it didn’t get torn down you know, because we would have nothing. I know it’s an ugly history.  It is ugly memories for a lot of us, but it proves the point that it existed.”

While the Mohawk Institute building still stands, she believes the Mohawk Village Memorial Park will add a positive balance to the property.

“I can’t reconcile with all that’s done, but within myself I think this park will create an environment that’s peaceful, it’s safer, it can tell a story too,” she explains. “It’s one of those places where – I want to gather in peace. I don’t want to gather in violence and all those hurtful things that went on in this building. Why can’t we gather in peace and move forward together? I think that’s significant because it can be a path forward to good things.”