The Woodland Cultural Centre Resource Library is open to all visitors, all the way from the casual reader, down to the aspiring PhD student. We offer a wide range of Indigenous-only content that include various amounts of theses, novels, museum studies, exhibition catalogues, magazines, children’s books, newspapers, and so much more.

Unfortunately, due to the rarity of some of these books and materials, we are not able to lend them out for fear of them becoming lost or damaged. We currently have three support communities preserving the works we carry and if you are a member of one of the– Six Nations of the Grand River, Mohawks of the Bay of Quinte, and Wahta Mohawks – then you are able to access the library for free of charge. The standard user fee to access our resources starts at $10. 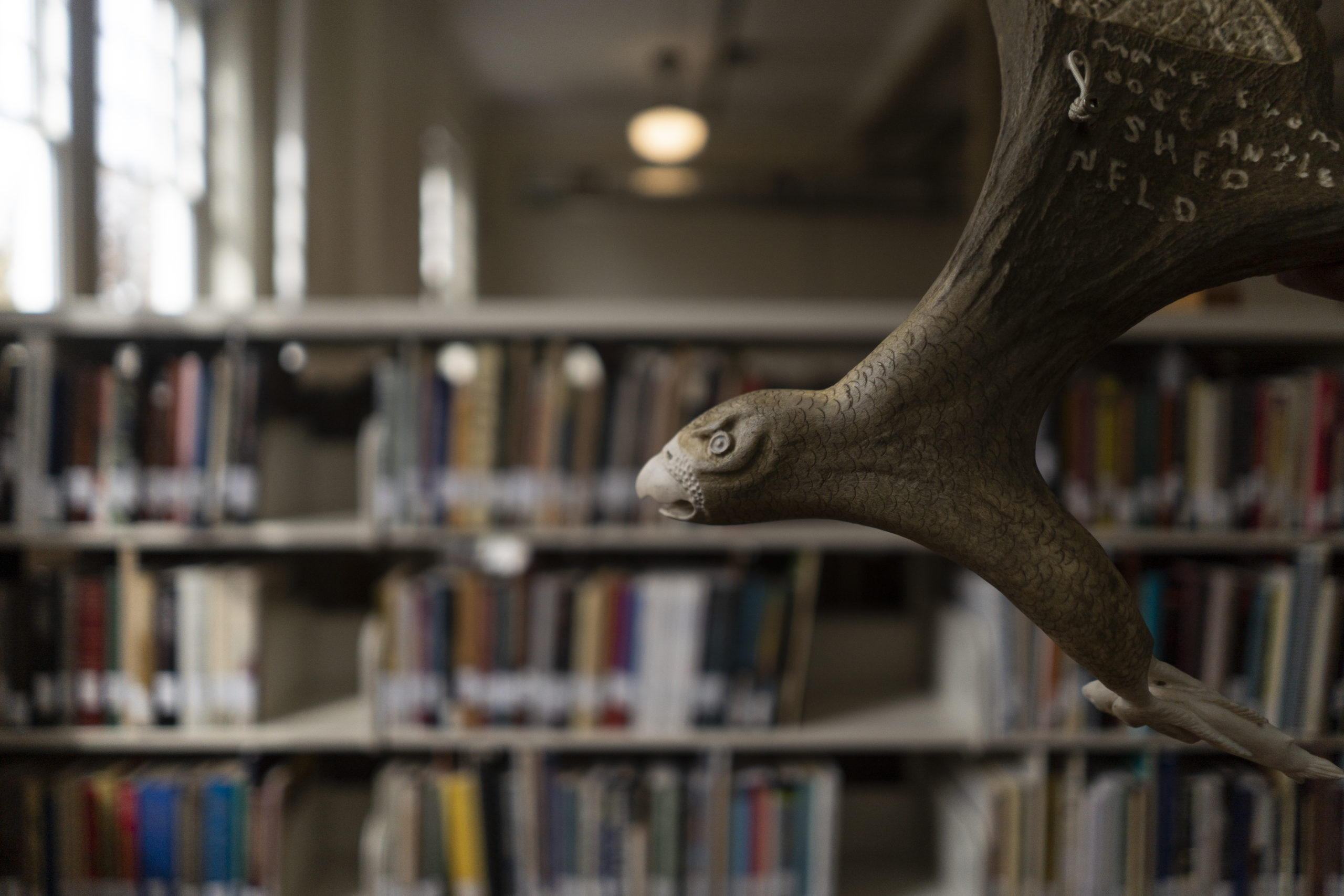 Photocopies: 15¢ per page, black & white only

Research can be done in person or by Library Staff (based on staff availability; fees apply). For inquiries please email library@woodlandculturalcentre.ca.

We require approval from the Six Nations Research Ethics Committee if you are conducting research on the Six Nations of the Grand River Territory. More information can be found here.

Friends of the Library

The WCC Library is a collaboration of staff, volunteers, and users who together collect and document the resources and collections held by the library. Without these partnerships, the WCC Library would not be the phenomenal resource that it is.

Most people who walk through the doors of the Woodland Cultural Centre Library become lifelong friends who come back to volunteer, donate a book or two, or just say hello and catch up on what’s new.

Interested in volunteering? Fill out our Volunteer form and submit to library@woodlandculturalcentre.ca

The 500 Years of Resistance Comic Book
By: Gord Hill

This historically accurate and graphic novel text has provided an overview (a big picture) of Indigenous peoples in North and South America and their resistance towards European colonization since their time of arrival on Indigenous shores starting in 1492. This book is compiled with resistance tales and context of what happened in all areas of the northern hemisphere and extending down into the south as well. Gord has taken the liberty of adding various maps and illustrations so the information being discussed is well articulated to his audience.

Overall, Gord discusses the injustices done to indigenous peoples in the northern and southern hemispheres through the 500 years of European invasion. His words penetrate minds as he is unfazed with expressing the harsh and brutal words of what has happened upon the arrival of Columbus. Special attention to the decimation of European diseases and technology is constantly being used to subjugate and enslave indigenous peoples across the continent, and into recent times. The two anthropologists who studied and worked at Six Nations of the Grand River donated major parts of their collections to the Woodland Cultural Centre Library. These are Annemarie Shimony, who is the author of Conservatism Among the Iroquois at the Grand River, and Sally Weaver, who is author of Medicine and Politics on the Grand River.

Exhibition catalogues produced by the Woodland Cultural Centre tend to be major research documents as well as listings of works in the exhibitions. Information about Native artists as well as catalogues of their exhibitions are a major part of the WCC Library collections.

Many survivors of the Mohawk Institute return to show their children and grandchildren where they went to school.

The library is closed to the public due to construction on the Mohawk Institute building. Please email library@woodlandculturalcentre.ca and we will do our best to assist you.

Niá:wen for your patience during the restoration.