Shelley Niro’s Battle of my Ancestors has arrived at Woodland Cultural Centre!

We are happy to announce the arrival of Shelley Niro’s work Battlefields of my Ancestors that will be installed along the driveway leading up to the Mohawk Institute Residential School until Thanksgiving weekend in October 2017. The arrival of 6 images currently on display at Ryerson University (April 28 – August 13) will complete the exhibition in late August.

Woodland Cultural Centre would like to thank Tom Hill, Lead Maintenance for installing this beautiful work. Thank you to the Museum and Arts Departments who have worked with Bonnie Rubenstein and Benjamin Freedman from Scotiabank Contact Photography Festival for making this possible. Thank you to Ontario Arts Council and Ministry of Tourism, Culture and Sport.

For more than 30 years, multidisciplinary artist Shelley Niro (Mohawk, Turtle Clan) has chronicled the land of the Mohawks – part of the confederacy of Six Nations called the Haudenosaunee, or Iroquois. She has repeatedly followed her ancestors; migration route from Upstate New York, where she was born, to the Six Nations of the Grand River Territory near Brantford, Ontario, where she was raised, to photograph the regions that hold significance for her people. Niro has documented the sites of the Cayuga villages destroyed during the American Revolutionary War (1775 – 1783), and the environs of the Grand River that were subsequently deeded to the Six Nations. Her images point to unresolved land claims made by descendants of the Cayuga people, some of whom were sovereign allies to the British on Canada’s battlefields.

Niro’s photographs are presented here alongside the driveway to the Mohawk Institute Residential School – a place where many cultural traditions were taken from the First Nations people. The images speak to a highly contentious past and offer a different perspective on “official” narratives. While Niro’s installation commemorates lives and land lost in historic beliefs, it is also a call to action against ongoing injustice. The photographs taken in the United States are positioned in opposition to those taken in Canada. 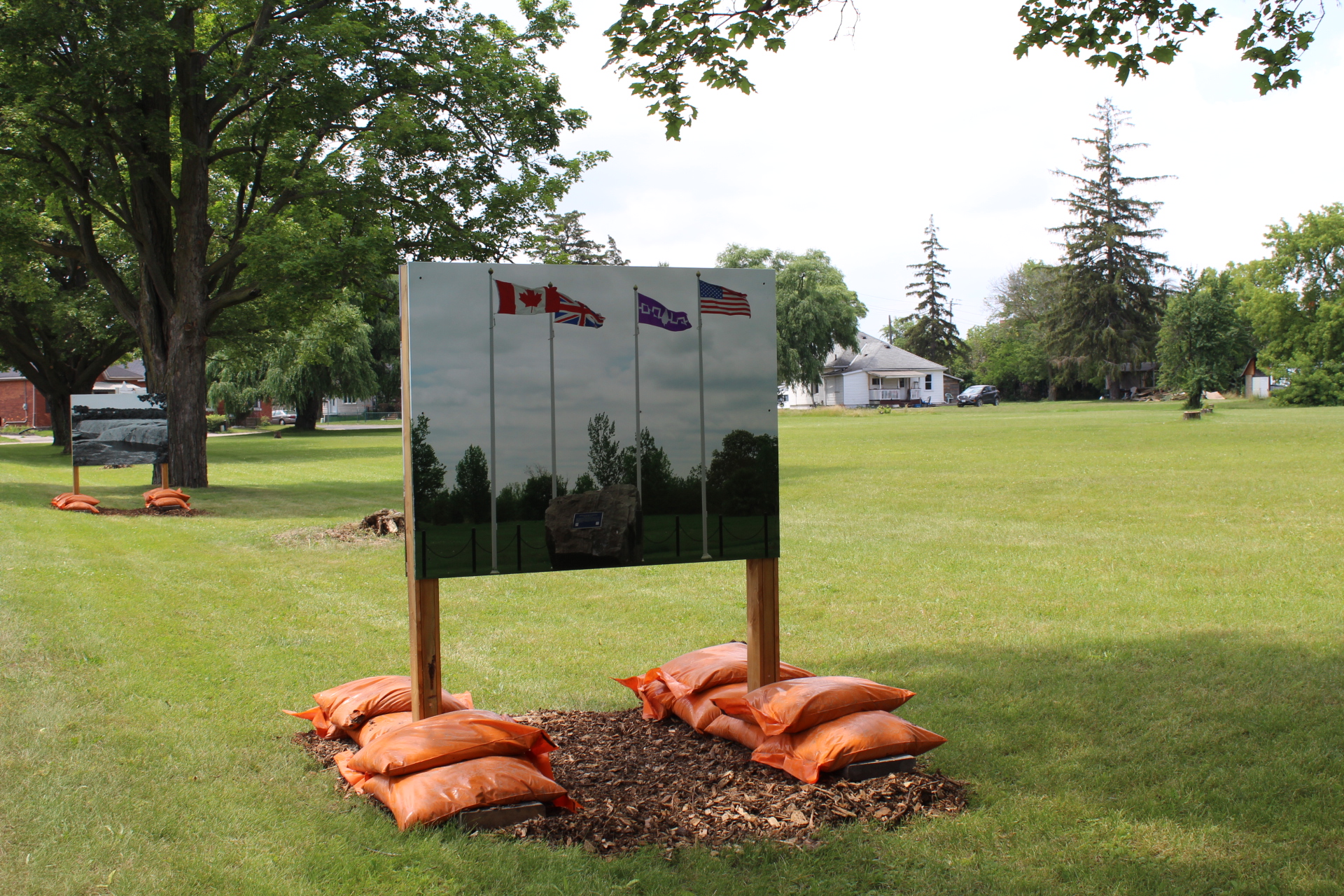