SUPPORT
Published On: November 18, 2019Categories: News, Save the Evidence, Uncategorised

Mentor College Students presented the funds they raised through Orange Shirt Day sales to the Save the Evidence Campaign during a special talk from Eddy Robinson.

Eddy Robinson spoke to Mentor College staff and student body and his personal round table discussion was powerful and impactful for the Grade 12 History and Philosophy students. 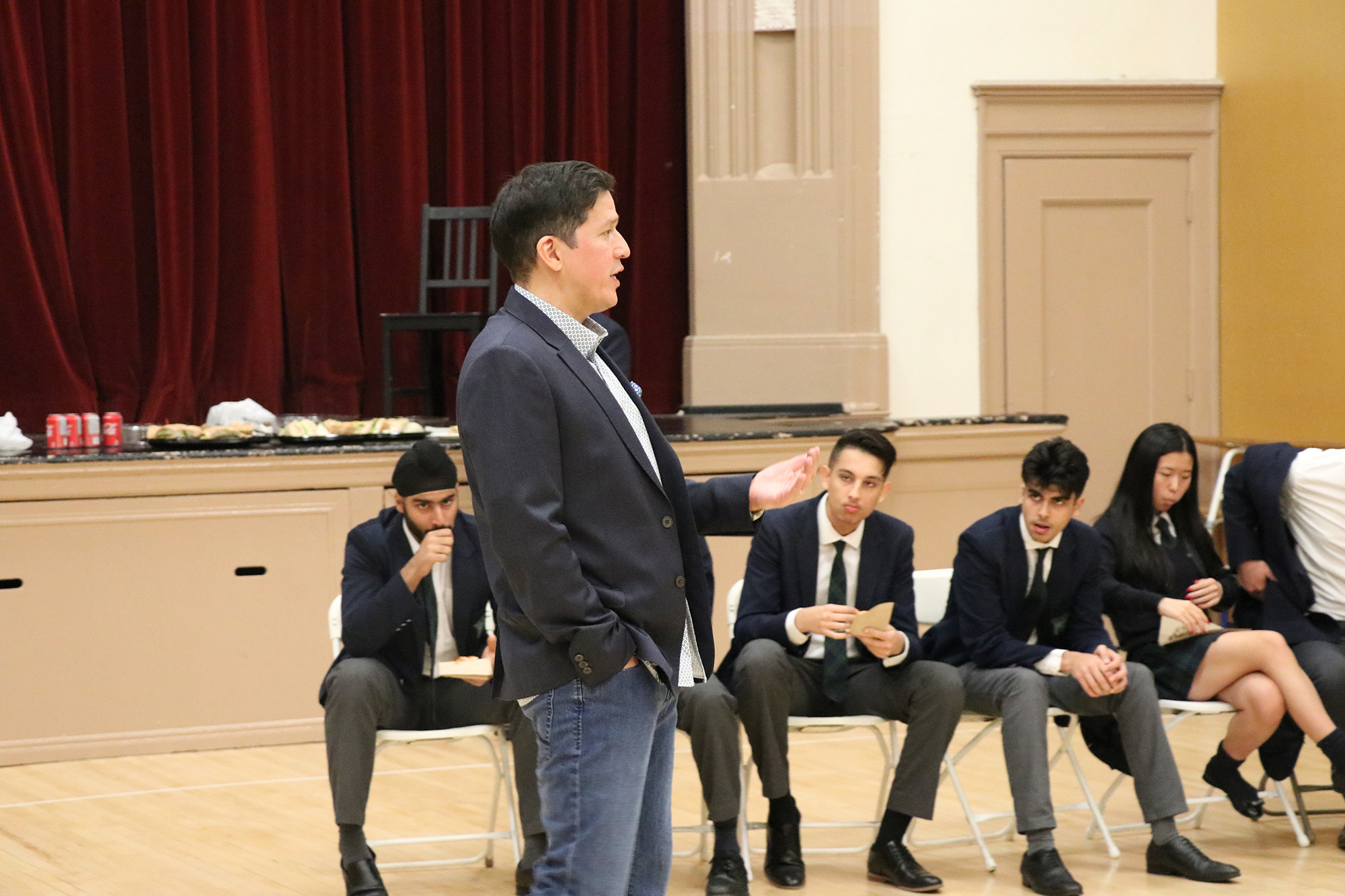 Eddie Robinson was recently the keynote speaker here at Woodland Cultural Centre for our Survivors Gathering 2019.

Eddy has worked and advocated for many Indigenous communities locally, provincially and nationally for the past 25 years. The Dewegun (D-Way-Gun which means Drum) first set him on a path in life leading to many other important sources that contributed to the rediscovery of his Anishinaabe and Muskegowuk Cree identity. On his journey he had the privilege of experiencing Traditional ceremonies, Indigenous literature & film, mentoring by Cultural leaders, Traditional Teachers and Elders.

In order to heal from the impacts of colonial trauma and oppression. We need to elevate the collective consciousness globally about what truthfully happened here to Indigenous People in Canada and North America. The truth will not only help many Indigenous and non-Indigenous people grow; It will continue to help and support the healing process. – Eddy Robinson

Learn more about Eddy Robinson and watch his TedxTalk on his Website.

Eddy shared a very special and meaningful talk with the students and staff of Mentor College. Through a round table discussion with Grade 12 students taking philosophy and history, Eddy was able to reach these students on a personal level.  Save the Evidence Coordinator, Carley Gallant-Jenkins, was invited to speak and share in the round table discussion.

In conjunction with Eddy’s visit, Mentor College students presented the Save The Evidence Campaign with the funds they raised from selling Orange T-shirts. 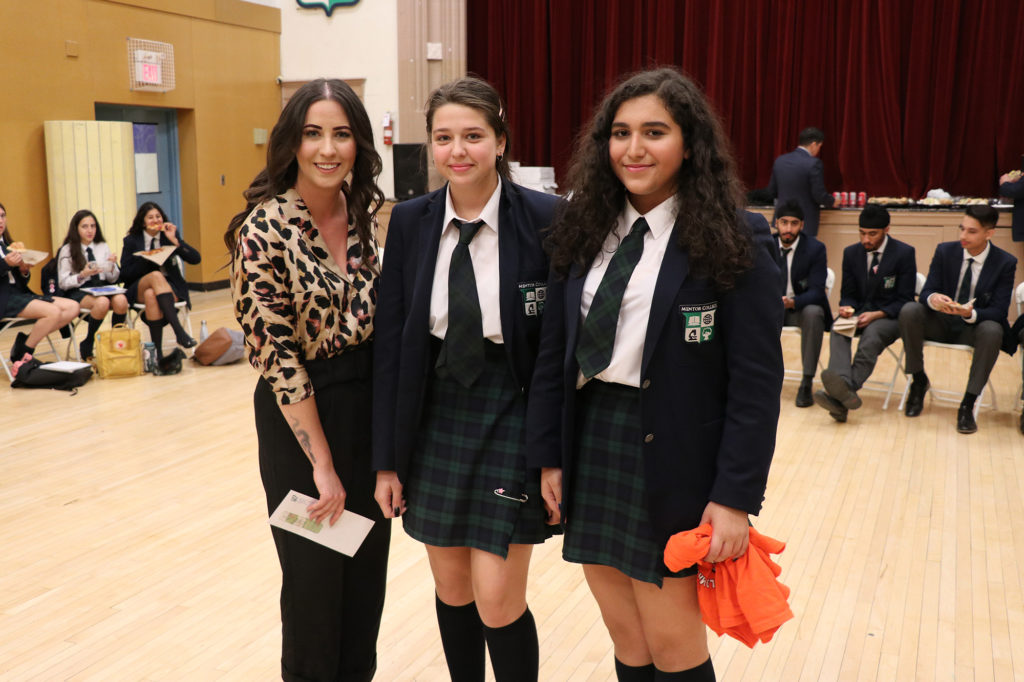 Carley Gallant-Jenkins (left) accepted the donation to the Save the Evidence Campaign and gave special acknowledgement to Darina Al Around (center) and Melika Sadeghi (right) two Grade 12 philosophy students who spearheaded the Orange T-Shirt sales.

Would you like to learn more about fundraising for the Save the Evidence campaign?

Read about the Save the Evidence Campaign Here

Everyone here at Woodland Cultural Centre is proud of these young adults who are doing their part in spreading the awareness about Residential Schools, and contribute to Saving the Evidence.

The countdown to #GivingTuesday is winding down. There is still time to organize your fundraiser and make a contribution to a worthwhile non-profit or charity. Read more about #GivingTuesday and how you can help here.

If you want to help, want some fundraising ideas and assistance from the team reach out to:

Ask about our “Gift a Brick” Fundraising Initiative to restore the masonry work in the former Mohawk Institute Residential School.