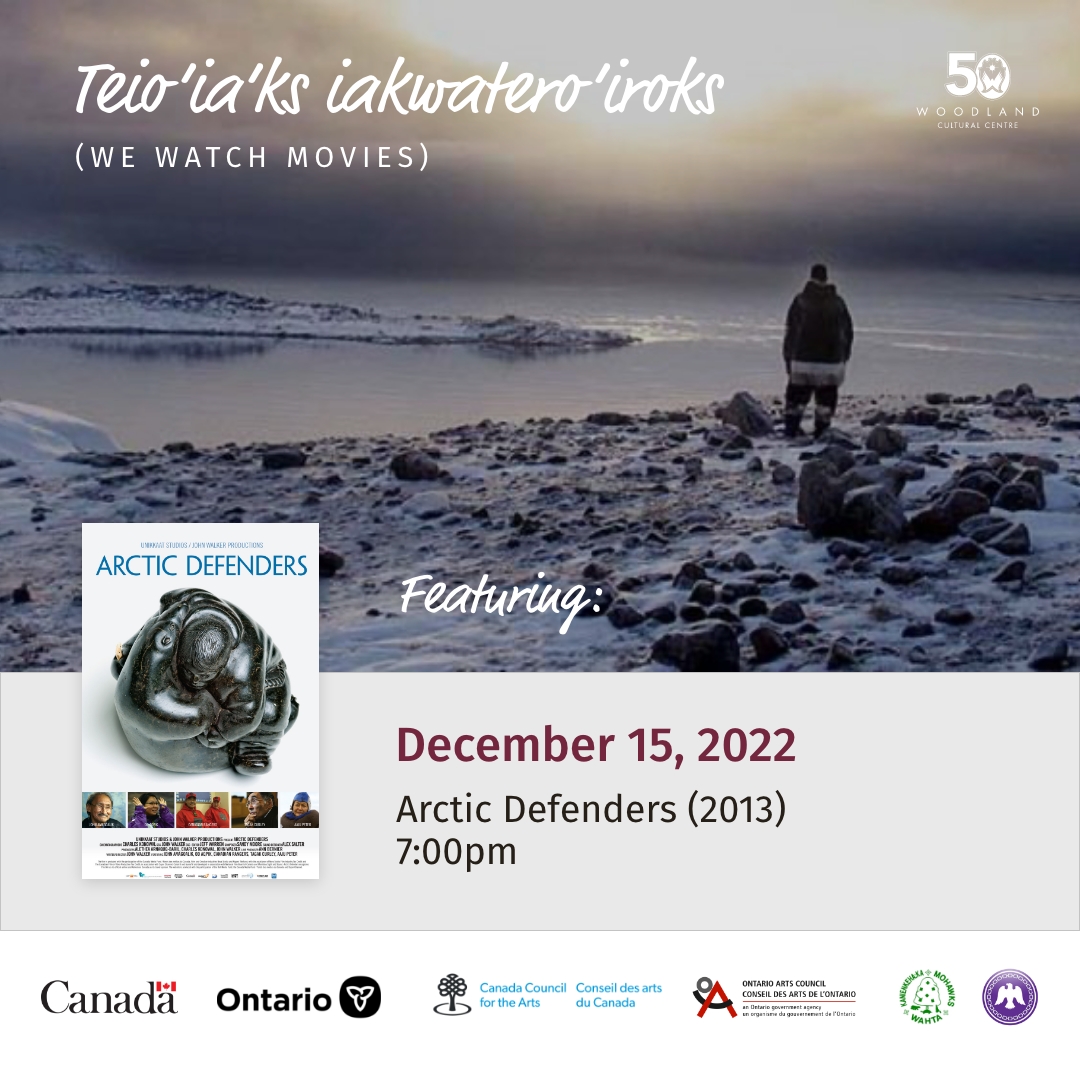 Join Woodland Cultural Centre for December’s Teioia’ks iakwatero:rok – (We Watch Movies) Film Series screening of Arctic Defenders by John Walker at 7 PM. Learn about the remarkable story that began in 1968 with a radical Inuit movement that changed the political landscape forever.

John Walker is one of the most prestigious Canadian directors working in the documentary genre. His films are personal, and lyrical and express a deep understanding of the human condition. They have been widely broadcast and have appeared at major international film festivals in Toronto, Vancouver, New York, Los Angeles, Berlin, London, and Tokyo.