SUPPORT
Published On: November 12, 2019Categories: News, Save the Evidence 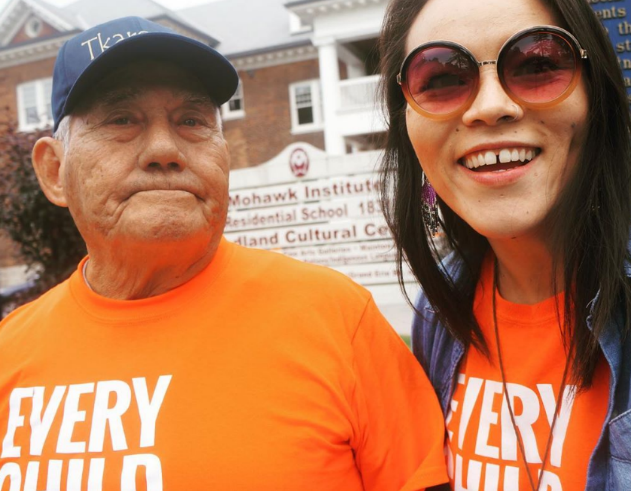 In the Virtual Tour of the former building, when asked why it’s important to Save the Evidence he says “Everybody has a plaque, but not everybody has a building.”

John was initially sent there for truancy, and he jokes that he still hasn’t found out what truancy means. When he arrived at the school he was at a Grade 3 level, and when he left 5 years later he was only in Grade 5.

John was known as the “Runner”.

Every year on Christmas he would run away, no matter if he was punished or put into solitary confinement. When asked what was the hardest part of it all he said, “Late at night, everything would be quiet, and I would hear the train. That whistle would make me feel so lonesome. So I’d just get up, and I’d be gone. Didn’t know where I was going, just gone.”

Recently John Elliot attended Santee Smith’s performance of The Mush Hole, and he was asked to go on stage. When the students in the audience recognized him, they came up to speak with him after. John shared how good it felt to know that they had listened and remembered him.

It was only recently John started telling his story and was surprised at how many people didn’t know anything about Residential Schools. “I thought everyone knew,” said John.

With growing awareness of this dark part of Canada’s history, John is glad that people finally want to know about it, and he encourages everyone to support the Campaign. “If you walk through the building you can feel it. I’ve never felt anything from a plaque. We have to save the building.”

This story was featured in our November Edition of the Save the Evidence Newsletter.

To subscribe to our Online Newsletter fill out your Email Below!