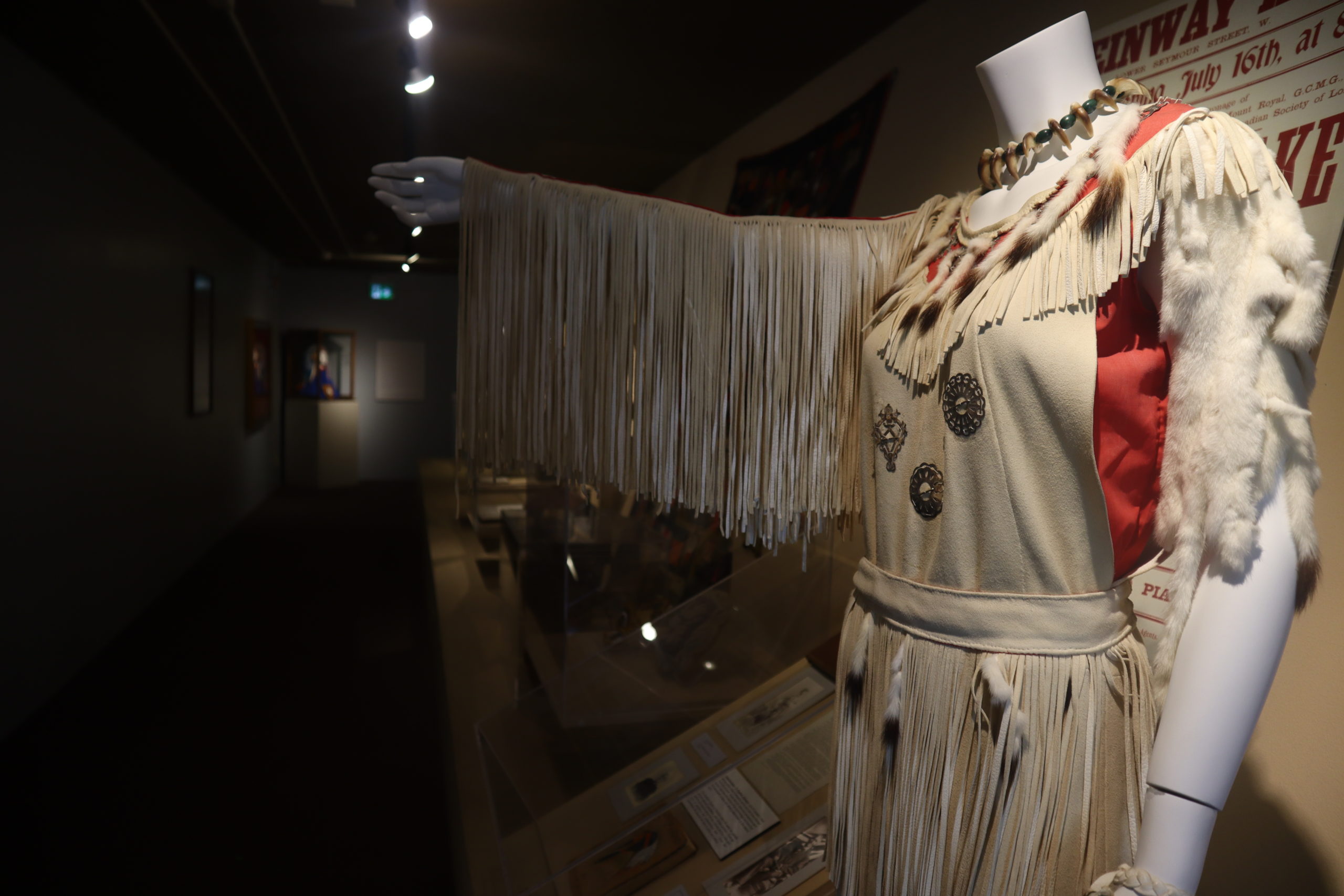 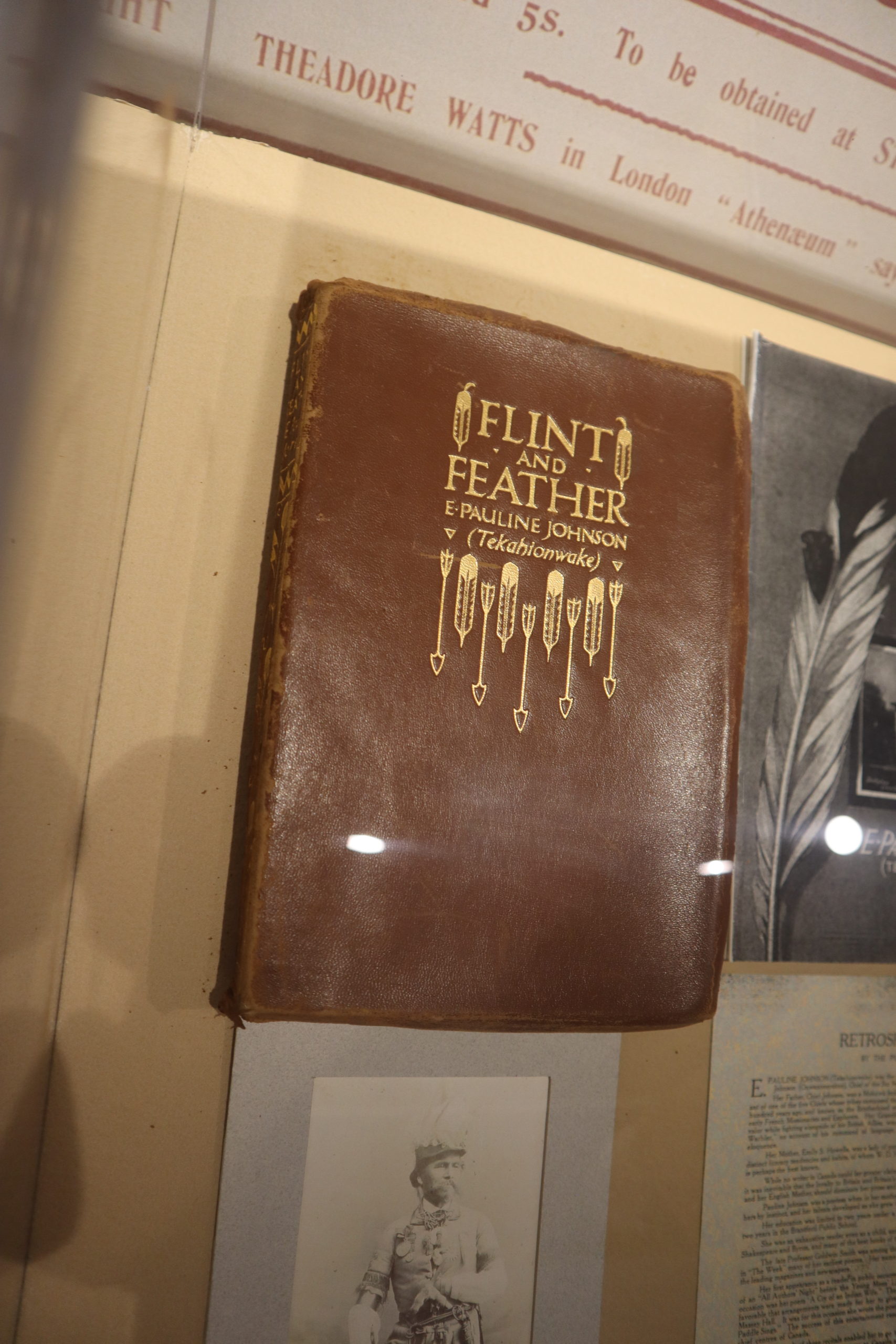 Johnson was well known for her poems, short stories, and performances that celebrated her mixed-race heritage, drawing from both her Indigenous and English background.

Johnson was committed and passionate about Native causes however she was deeply entrenched in the world of Canada’s pioneering New Women and their efforts to increase opportunities for the female sex. E. Pauline Johnson paved a way and made a name for herself as an Indigenous woman. 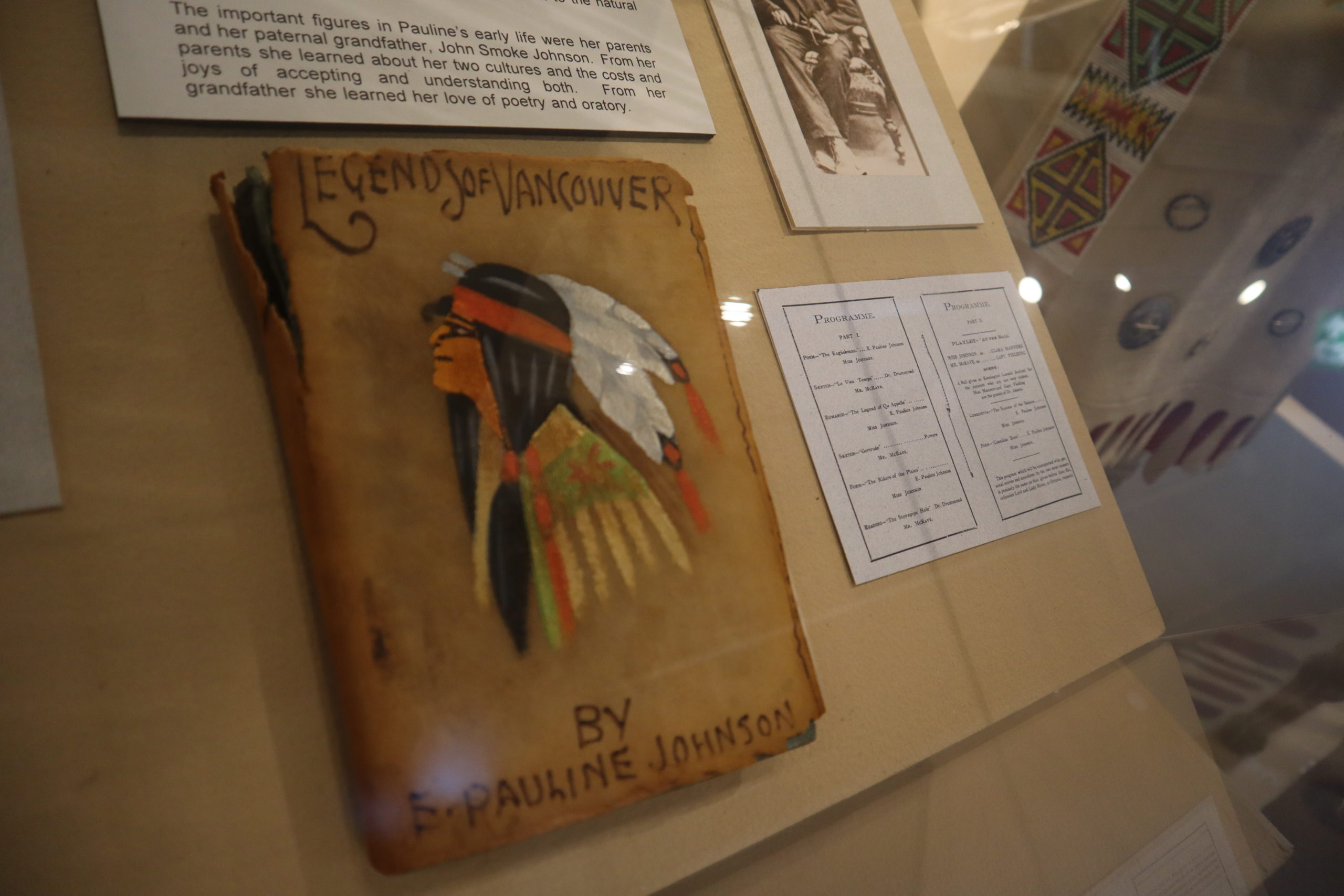 What are your favourite works by E. Pauline Johnson?

Inside the Woodland Cultural Centre Museum you will find several artifacts, books, clothes and posters from Tekahionwake’s journey. as writer and celebrated performer.

Who are some other strong Indigenous females that you look up to?

Today for International Women’s Day, let’s look at the strength of the First Women of Canada and celebrate the courage of Indigenous Women all around Turtle Island. Let us honour  them not just today, but everyday.

Some people believed Johnson was Canada’s best Native American poet. Some others attributed her success to her theatrical talents or to her successful blending of Indian and English elements in her poetry. For her part, Johnson seemed to care little whether she was remembered as a great poet. “Forget that I was Pauline Johnson, but remember that I was Tekahionwake, the Mohawk that humbly aspired to be the saga singer of her people,” she was quoted as saying in Lucie Hartley’s biography, Pauline Johnson.