From the Hands of our Ancestors: The Art of Corn husk has brought the ancient connection between the Haudenosaunee people and corn to life for all to see.

Frazer Sundown and Elizabeth Doxtater show the diverse uses, and the beauty of Corn husk. 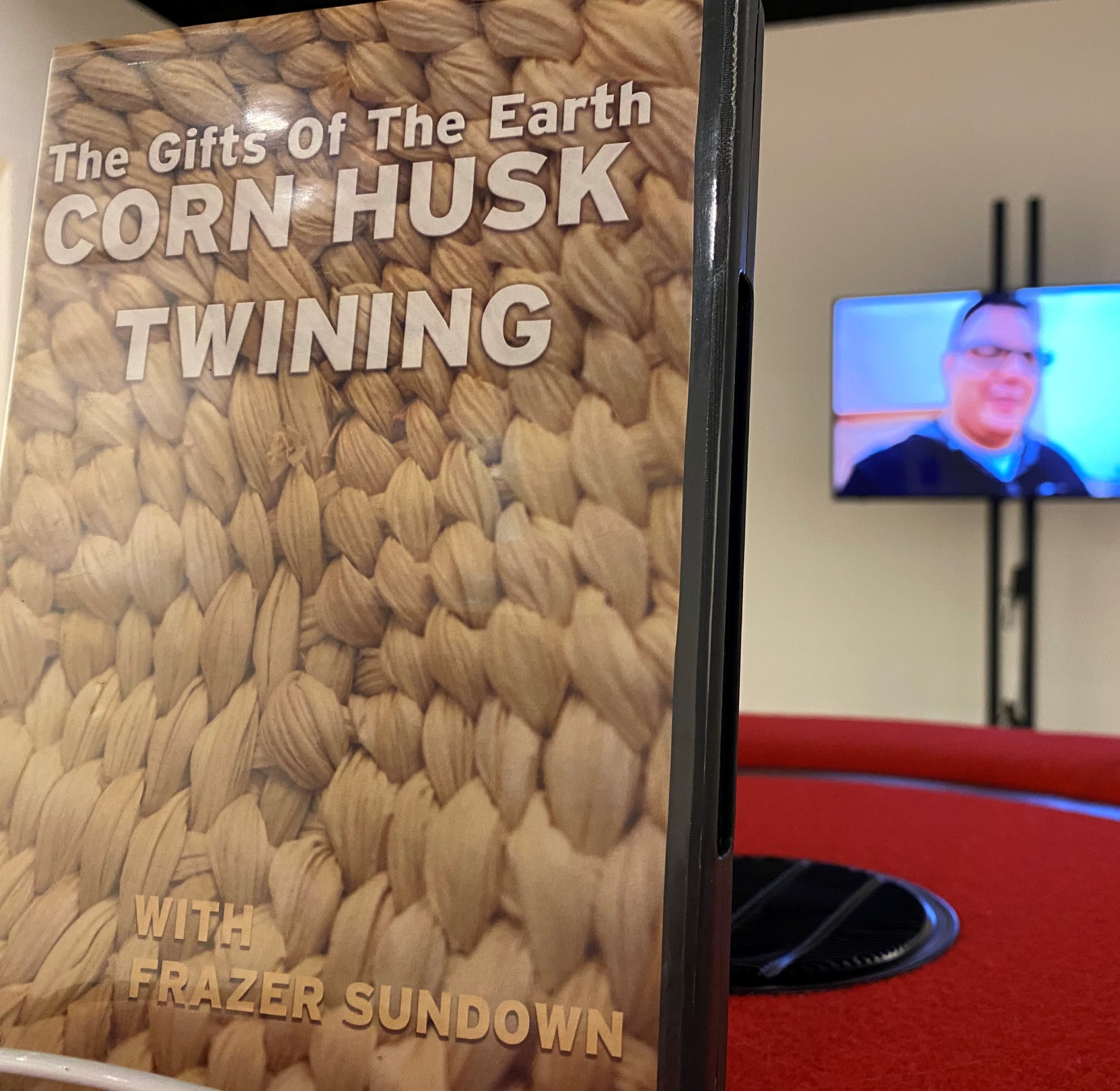 Playing in the exhibition is Sundown’s recorded workshop with demonstrations of Corn husk twining and stories about the art.

According to Doxtater, the cornhusk doll goes back to the time of Creation when corn was first given to the Haudenosaunee people.

“If the character is sad or happy they can picture that emotion on the dolls face,” she said. “The cornhusk doll was created to entertain the children and to help the parents teach them values.”

The cornhusk doll is also intentionally faceless to remind the people to stay humble and not become consumed with their external appearance. It also would inspire children to use their imagination when playing with the dolls.

Every piece in this collection tells a story, and holds a special energy that you can’t help but feel when you walk through the Gallery.