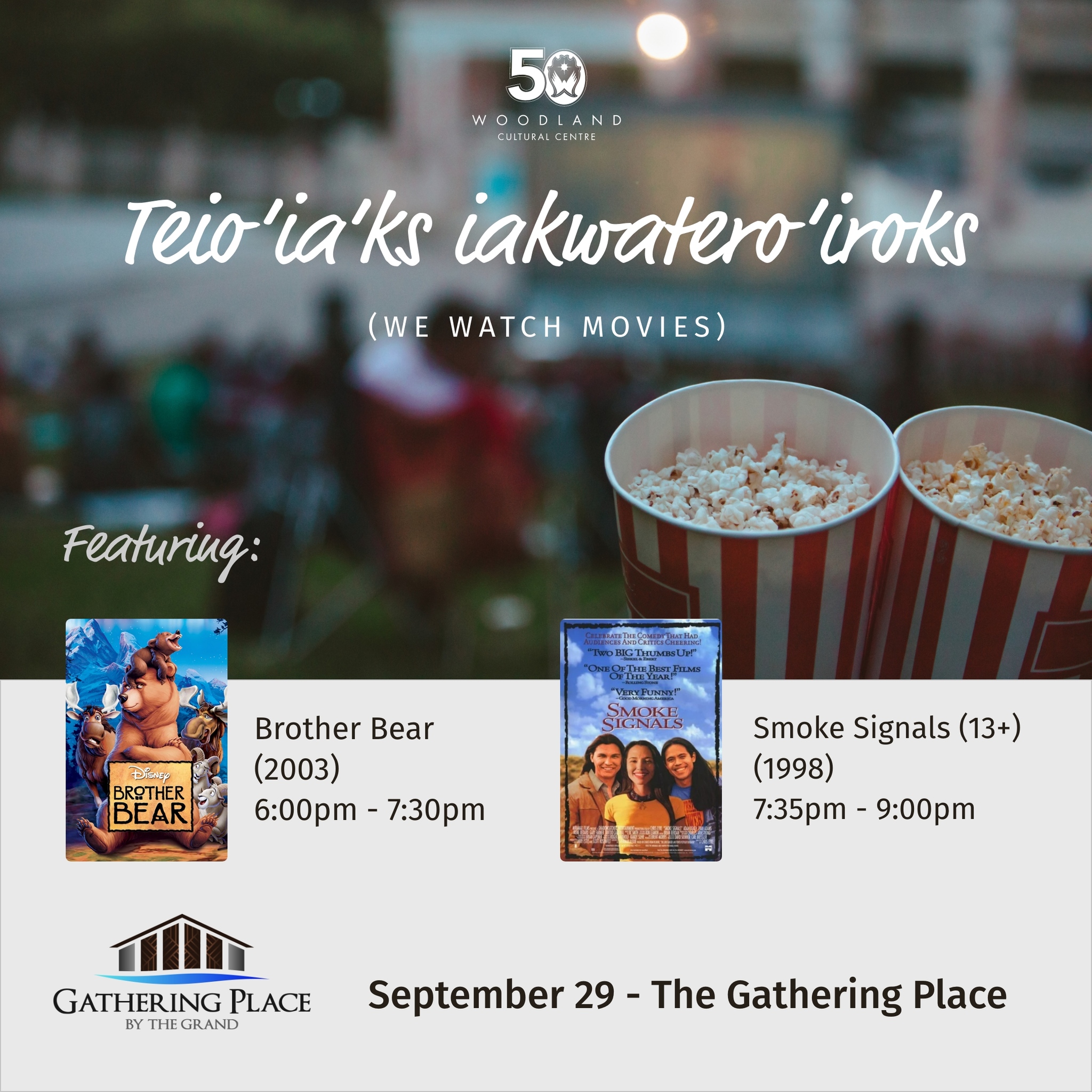 Each ticket bought will automatically enter you into our raffle, winners will be announced on social media after the films!

“Brother Bear” is an animated comedy-drama film produced by Walt Disney Feature Animation and released by Walt Disney Pictures. Kenai (Joaquin Phoenix) is a young Indian brave with a particular distaste for bears. When his brother Sitka (D.B. Sweeney) is killed by one, Kenai in turn kills the bear, only to be magically transformed into one himself.

Proceeds of the movie night will go towards the Woodland Cultural Centre, creating more events like these in the future. Join us September 29, 2022 at 6pm at Gathering Place!

Cost: $10 donation to the education department at the Woodland Cultural Centre