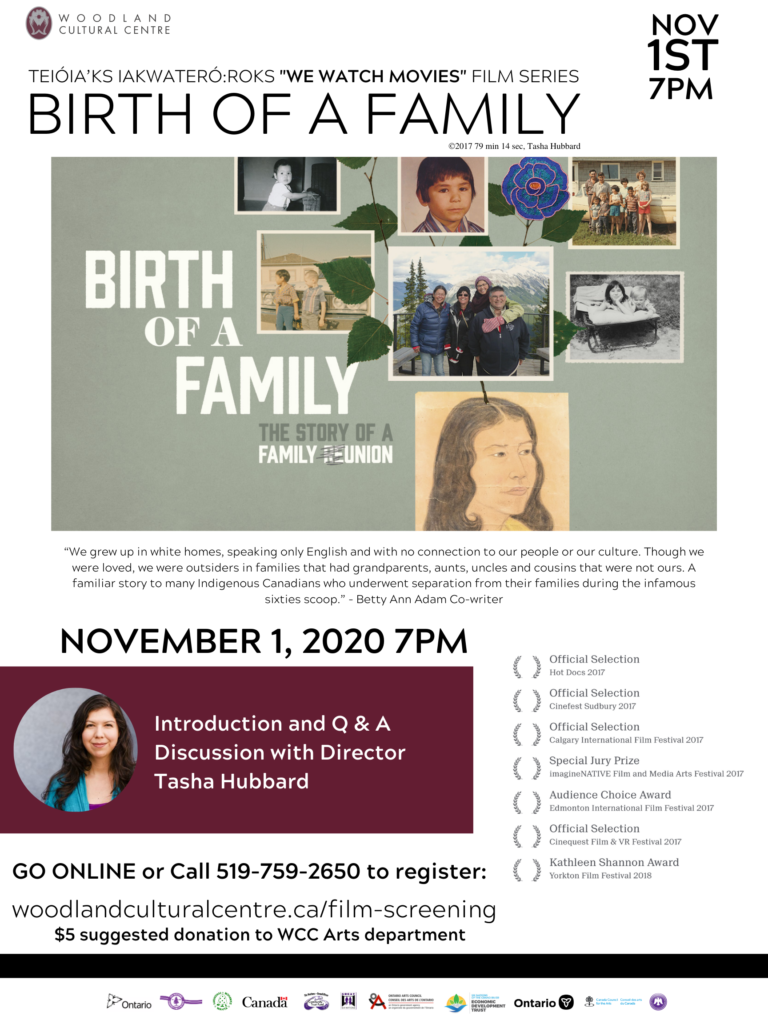 In this deeply moving feature-length documentary, three sisters and a brother meet for the first time. Removed from their young Dene mother during the infamous Sixties Scoop, they were separated as infants and adopted into families across North America.

Betty Ann, Esther, Rosalie, and Ben were only four of the 20,000 Indigenous Canadian children taken from their families between 1955 and 1985, to be either adopted into white families or live in foster care. As the four siblings piece together their shared history, their connection deepens, and their family begins to take shape.

Tasha Hubbard (Cree) is an award-winning filmmaker and an Assistant Professor in the University of Saskatchewan’s Department of English. Hubbard won a Gemini Canada Award for her first solo project, Two Worlds Colliding, an exposé of the infamous “starlight tours,” whereby Saskatoon police were abandoning Indigenous men in freezing winter conditions. With her acclaimed 2017 documentary Birth of a Family, made in collaboration with journalist Betty Ann Adam, Hubbard parses the Sixties Scoop legacy: a practice that saw more than 20,000 Indigenous babies removed from their birth families and placed in foster homes or adopted. Hubbard speaks and writes widely on racism and Indigenous media both in Canada and abroad.

Admission for the film screening is by Donation with a suggested donation minimum of $5.

*If you are unable to make a donation simply click the register button!